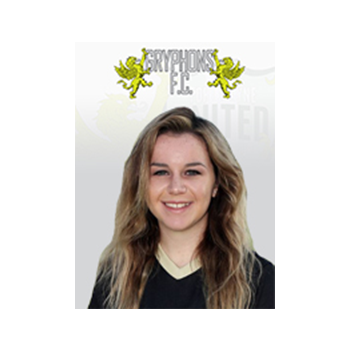 Shayna Coy has signed to play for the UWS Ft Wayne United Gryphons!  Shayna plays soccer for Purdue Northwest.  As a sophomore Shayna played 15 games with 3 goals scored.   In 2015 at Purdue Calumet Shayna played and started in all 17 matches during freshman season…Recorded two goals and two assists with six total points…Recorded 31 shots with eight on goal.

Prep: Four-year letter-winner for the Knights, earning first-team All-SAC Conference honors twice and was also the leading scorer in the SAC during her junior season... Awarded the Mother Theodore Guerin Award for Underclassmen...  Shayna played her club soccer at Ft Wayne Fever. 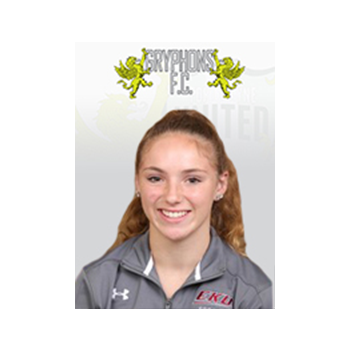 Samantha Eastes has signed to play with the Ft. Wayne Gryphons! Sam is a student and athlete at Eastern Kentucky University.  She played in all 18 games of her freshman campaign in 2016.

High School and/or Club Experience: Carmel High School's top scorer as a junior in 2014 ... helped the Greyhounds to a state runner-up finish that year ... plays club soccer for Ohio Elite and the Zionsville Youth Soccer Association, with whom she won the Indiana State Cup Championship in 2013 and 2014 ... has five years experience playing on the Indiana Olympic Development Program (ODP) state team (2010-14). 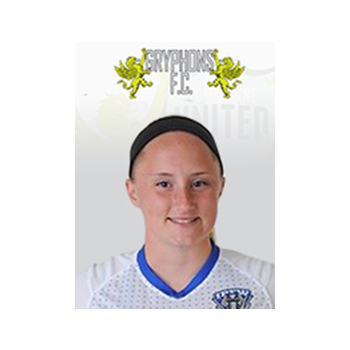 High School: A four-year letter winner at Huntley High School ... Scored 62 goals over her career ... Led the Red Raiders with 28 goals her senior season en route to a second straight 3A Sectional Championship ... Team captain her senior season ... Named the Northwest Herald Player of the Year and Offensive Player of the Year by the team in 2015 ... All-Area and All-Conference honoree ... Member of four straight 3A Regional Champion teams ... Two-time All-Conference and All-Area selection ... Member of first-ever sectional championship team her junior season, only appearing in nine games due to injury ... Played her club ball for Heat United since U11 ... Served as the team captain and was the top goal-scorer on the team this past season ... Led the team to the U18 MRL Championships in 2013 ...